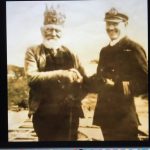 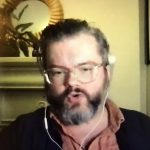 My film poem ‘There is no king of Bardsey Island’ was included by BBC Radio Wales’ Gary Raymond in a showcase of Welsh culture during the recent British Council programme for WalesLitGermany.

There were music videos by Georgia Ruth, Silent Forum, and a reworking of a Gwenno Saunders’ song, ‘Terracotta’. Grug Muse read an extract from her essay ‘Language as Water’ from Just So You Know by Parthian books, and Sion Edwards discussed his work from the Venice Biennale. 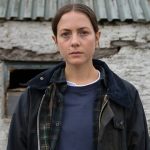 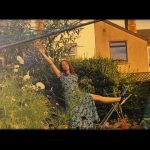 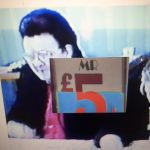 The showcase was closed by the film ‘Wooden Boulder’ by David Nash, following a wooden sculpture for decades as it was reclaimed by rivers, estuary and sea. 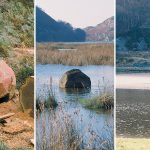 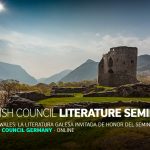 ‘There is no king of Bardsey Island’ features photography by Ben Porter and music by Dan Trevithick. To watch the video, visit https://www.glynedwardspoet.co.uk/scrapbook/there-is-no-king-of-bardsey-island-anymore/